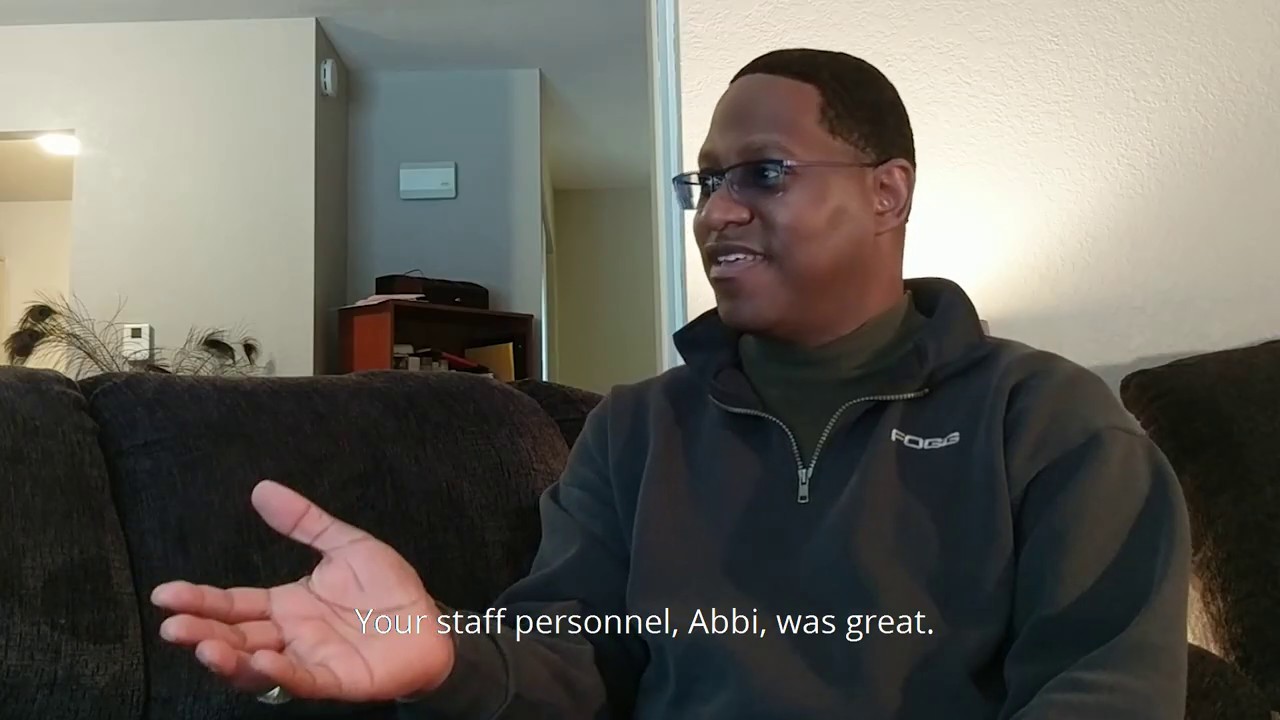 Ken Holland: And I exceeded, you know, we exceeded the financial goals. And I was very impressed by that.

The transition in terms of, the biggest transition I would say, is space-wise, because the home I had, three bedrooms, two full bathrooms, utility area, garage was double the size. Now I’m down to two bedrooms, one and a half baths, but it’s manageable. I was wanting something smaller until I can really decide on where I want to go and stuff like that. Definitely the home that I had was getting to be too big for me, so downsizing was the game plan and it worked out, so I was very happy.

First moved into the home, I was in the home for about 15 years, when I first moved into it, I mean I’d be in the yard constantly, three hours in the evening and it’s like, individuals thought I was insane. And I had no problem shoveling the driveway and no problem cutting law. I mean, I actually enjoyed it. But then, as of the past couple years, it’s been such a burden, and I really wanted to get out of that.

Working with you and the actual advertising, getting it up, that was like a one or two on a scale of one to 10, where 10 is the most difficult, one is the easiest. So, it was a no-brainer and it worked out really fine.

So, what I initially did was I contacted my …

Ken Holland: Mr. Cooper. Yeah, Mr. Cooper. And then they gave me some individual companies who worked in the area. And I thought it was just a good fit. Even though, because your office is in Grand Haven, right? So even though your office was in Grand Haven, I still felt as if there was good communication. I wasn’t kept out of the loop. Your staff personnel, Abbi was great. Very personable, easy to communicate with, easy to contact.

But in terms of working with HomeSmart, is there anything I would’ve done differently? I can’t pinpoint it. So, it was great company to work with. Very knowledgeable of my situation, so that was good having someone who understood what I was trying to do. You understood my financial goals that I was trying to do. And I think the one thing I did like is that you did, working from the standpoint of working hard to get the best deal. And I think you really did that, so I appreciate that.

Listing vs. Selling To Us

Which route is quicker?
Puts more cash in your pocket?
Has less hassle?

Get Your Fair Cash Offer: Start Below!

We buy houses in ANY CONDITION in MI. There are no commissions or fees and no obligation whatsoever. Start below by giving us a bit of information about your property or call 616-345-2727...